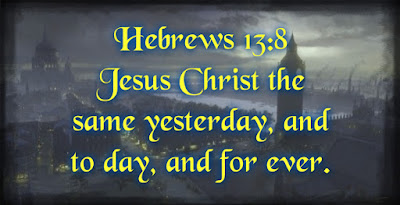 The Charles Dickens story “A Christmas Carol” has become an absolute classic tale. It portrays a miserly Ebenezer Scrooge who was visited by three otherworldly spirits on Christmas Eve in the middle of 19th century London. It evokes strong visions of both enchantment and doom to its audience. Today, more than 150 years later, this story continues to be a holiday favorite. In fact, “A Christmas Carol” has become so popular that it has taken on a multitude of forms, many of which Dickens would barely recognize as his inspiring novella. Hollywood has made millions of dollars off of this work. It has offered us classic renditions played by famous actors such as George C. Scott and Patrick Stewart as well as goofy versions played by the Muppets and the Flintstones. There have even been gender breaking renderings acted out by Susan Lucci, Tori Spelling and more. So, what is it about “A Christmas Carol” that holds such sway over a 21st century audience? Well, all of these very diverse versions maintain the same theme of revisiting our past, being guided by spirits and facing our futures with renewed hope. We seem to have a universal, collective need to contemplate past mistakes along with a desire to make our futures better…. and we often look to otherworldly sources to achieve that goal. The question is could it be possible to turn the fantasy of righting past wrongs ‘instantly’ into a satisfying present with the hope of a bright future? There is One in this whole universe who can help us do just that. Jesus Christ was, is and will be forever. He is the timeless yet present God of yesterday, today and tomorrow.

In the story, “A Christmas Carol,” the spirits (angels) of Christmas Past, Present, and Future show Ebenezer what happened to him in the past that caused him to act the way he was in the present.  On that miserly miserable path he had chosen, his future was bleak.  No one would care for him or even miss him when he died.
An angel of the Lord had to tell Joseph that even though his betrothed wife, Mary was with child, he wasn’t supposed to divorce her (which was the custom of the day, since he had not fathered the child in her womb).

Matthew 1:20-21 Amplified Bible, Classic Edition (AMPC)
But as he was thinking this over, behold, an angel of the Lord appeared to him in a dream, saying, Joseph, descendant of David, do not be afraid to take Mary [as] your wife, for that which is conceived in her is of (from, out of) the Holy Spirit.
She will bear a Son, and you shall call His name Jesus [the Greek form of the Hebrew Joshua, which means Savior], for He will save His people from their sins [that is, prevent them from failing and missing the true end and scope of life, which is God].

This was done for all of us who lived in the past, the present, and who will live in the future.  Jesus Christ has come and can prevent us from a terrifying future.  He was the fulfillment of God’s promise to send us a Savior.

Matthew 1:22-23 (NKJV)
So all this was done that it might be fulfilled which was spoken by the Lord through the prophet, saying:  “Behold, the virgin shall be with child, and bear a Son, and they shall call His name Immanuel,” which is translated, “God with us.”

1 John 4:9 (NKJV)
In this the love of God was manifested toward us, that God has sent His only begotten Son into the world, that we might live through Him.
We can live in the present with a hope of a good future through Jesus Christ.  No matter what has happened to you in the past, no matter how much pain you have experienced from various people and situations, Jesus Christ has taken all of that agony, hurt, and loss from you at the cross.  An angel announced to the shepherds who were watching their flocks the night of Jesus’ birth the good news of His arrival.

Luke 2:10 (NKJV)
Then the angel said to them, “Do not be afraid, for behold, I bring you good tidings of great joy which will be to all people.

This is still good news today, for all who have suffered, been abused, abandoned, or just confused about what will happen in the future.  The possibility of a different future, if Ebenezer Scrooge changed his thinking, caused him to become a person who was giving, with more thought for others than for himself.  His outcome changed for the good in the story.  Your life’s story can change for the good with Jesus Christ, Who is your hope of a good future.  Receive Him today.  Call upon the name of the Lord and receive His love, peace and joy in your life.  His promises are timeless!