Last week we shared how we can ‘see’ God at work in our everyday lives and mentioned another way in which we can see the Lord with our mind’s eye through dreams and visions. Our heavenly Father desires for us to “see and understand” Him so that we will “know” the hope that is in His son, Jesus Christ, and the fullness of Jesus’ accomplished work at the cross through His death and resurrection.

Ephesians 1:17-21 (NKJV)
17 that the God of our Lord Jesus Christ, the Father of glory, may give to you the spirit of wisdom and revelation in the knowledge of Him, 18 the eyes of your understanding being enlightened; that you may know what is the hope of His calling, what are the riches of the glory of His inheritance in the saints, 19 and what is the exceeding greatness of His power toward us who believe, according to the working of His mighty power 20 which He worked in Christ when He raised Him from the dead and seated Him at His right hand in the heavenly places, 21 far above all principality and power and might and dominion, and every name that is named, not only in this age but also in that which is to come.

“Eyes” in this verse is the Greek word, opthalmos, and means: the faculty of mental perception and understanding. The Lord wants us to “see” and “know” Him.  We can receive the spirit of “wisdom and revelation in the knowledge of Him” via the Holy Spirit who dwells in us. (John 14:17) The Holy Spirit will show us things to come through the manifestations of the Spirit working in us and through dreams and visions.

John 16:13-14 (AMP)
13 But when He, the Spirit of Truth, comes, He will guide you into all the truth [full and complete truth]. For He will not speak on His own initiative, but He will speak whatever He hears [from the Father—the message regarding the Son], and He will disclose to you what is to come [in the future]. 14 He will glorify and honor Me, because He (the Holy Spirit) will take from what is Mine and will disclose it to you.

“A spiritual dream or vision is one that is motivated and inspired by God’s Spirit and communicated through the natural mind to relay a divine message.  This message can be personal revelation, insight into a natural situation, or a foretelling of future events…. Joseph and Daniel were men anointed by God to interpret dreams that changed the destinies of nations….Therefore, we should pray to interpret our dreams.”
“There are several types of spiritual dreams through which communication between God and man takes place.  When God speaks to our spirits through dreams or visions, these originate with and are birthed by God.  They contain revelation for the dreamer about his life or circumstances, revelation for other individuals or even revelation for a corporate body of people.  Similar to the purpose for prophecy, these dreams also have the purpose of edification, exhortation and comfort.” (Dreams and Visions, by Jane Hamon, Regal Books, 2000, Chapter 3, p. 37-40)

1 Corinthians 14:3 (NKJV)
But he who prophesies speaks edification and exhortation and comfort to men.
There are many examples of dreams and visions in the word of God.  Isaiah the prophet became ‘undone’ at receiving the vision of the Lord and realized that he should answer the call of the Lord to speak to the people of Israel.
Isaiah 6:1-8 (NIV)
In the year that King Uzziah died, I saw the Lord, high and exalted, seated on a throne; and the train of his robe filled the temple. 2 Above him were seraphim, each with six wings: With two wings they covered their faces, with two they covered their feet, and with two they were flying. 3 And they were calling to one another:
“Holy, holy, holy is the Lord Almighty;
the whole earth is full of his glory.”
4 At the sound of their voices the doorposts and thresholds shook and the temple was filled with smoke.
5 “Woe to me!” I cried. “I am ruined! For I am a man of unclean lips, and I live among a people of unclean lips, and my eyes have seen the King, the Lord Almighty.”

Isaiah’s vision of the Lord on His heavenly throne was revealed to him hundreds of years prior to a similar vision of God that the apostle John received while on the island of Patmos. (See Revelation Chapter 4.) These visions give us a glimpse of God’s glory and majesty.
“Holy, holy, holy, Lord God Almighty, Who was and is and is to come!” (Rev. 4:8)
“You are worthy, O Lord, to receive glory and honor and power; for you created all things, and by Your will they exist and were created.” (Rev. 4:11; Psalm 19:1)

We have found that Joanne tends to receive more visions while Sarah tends to flow more in the area of dreams. In fact, Sarah had many dreams for a season in the 1990’s and early 2000’s which were clearly warning dreams. The Lord gave her dreams of natural disasters, wars and the changing moral climate before they actually came to pass. It is important to note that there is a reason God sometimes gives us those dreams and the reason is so we can pray and help to prepare others for things which are coming. Sarah’s sons have had a tendency towards receiving dreams from God as well. 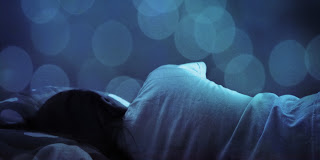 The following is a dream shared by Sarah’s son who received it last summer while at college.
Campus Dream
I was sitting in a campus classroom in which I actually had a class last school year. I was sitting near a window facing the north and the season outside indicated late spring or summer. As I looked out the window I had a ‘knowing’ that the rapture was imminent. Then I heard trumpets and then instantaneously I was in Heaven.
There were other people all around me. We were all wearing white.  We were in a beautiful large building that had smooth wooden floors and trim along with crystal glass. There were water fountains and incredible potted plants as well. It was a place that was both bustling and very peaceful at the same time. I looked and saw a bearded man and I knew he was a teacher. People gathered around him to listen to what he had to say. As I walked toward him I felt a dread for all the people left back on the earth. I realized I knew some of them and my heart felt heavy for them. I faced the bearded teacher and he put his hand on my shoulder and he blessed me and sent me back to the earth.
Instantly I was back on the earth. I stood on a piece of asphalt where the ground underneath me was crumbling away. The world was already in terrible disarray even though it seemed as if I was only gone (in Heaven) for a few minutes. I looked around and it seemed as if every natural disaster imaginable was happening at the same time. I looked at the cell-phone in my hand. I then realized that the bearded man I saw in Heaven was Jesus and that He sent me back for a very short time so I could try to reach my friends who were left behind. I quickly started to text people to tell them that they needed Jesus. I was then pulled back up into Heaven and I looked around and saw some of the people whom I had texted were there too. I felt so relieved and watched as everyone rejoiced.
End of Dream.

The purpose of this dream is clear. Jesus is returning and those of us who belong to Him may only have a short time to tell others the good news about Jesus.

Spiritual dreams and visions will contain truths from the word of God and will align with scripture.  Isaiah’s vision is confirmed through the scripture references noted above (NKJV).  The “campus dream” contains truths from 1 Thess. 4:13-18, Luke 21:25-28, and in Matthew chapter 24 to list a few.

We encourage you to ask the Lord to “give you the spirit of wisdom and revelation in the knowledge of Him” through the scriptures, and through dreams and visions. There is a promise in His holy word which says:

“Ask me and I will tell you remarkable secrets you do not know about things to come” Jeremiah 33:3 (NLT)