Guarded from the Evil One 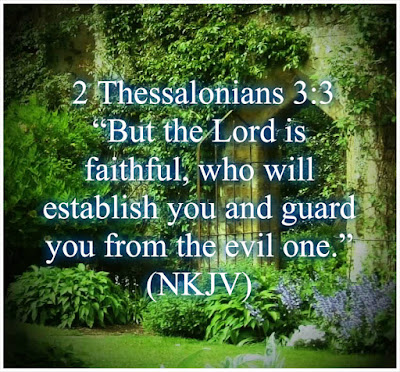 There is evil waxing stronger each day as the world is reeling from one chaotic incident to another.  The internet, YouTube, and other media has connected us together as we watch and read about the attacks in Nice, France: a truck plowing into a crowd of people and continuing to mow down innocent children and adults who were out celebrating Bastille Day (similar to July 4th Independence Day festivities in the USA) --  And how other horrors, tragedies, unrest, and killings, fighting and oppression occur around the globe.  Terror has no language barrier!  Fear, anger, lust, and pride are universal sources of the evil we are witnessing.  BUT the LORD, in 2 Thessalonians 3:3 “But the Lord is faithful, who will establish you and guard you from the evil one.”  (NKJV)
We CAN be guarded from the evil one when we choose to seek the Lord and daily enter His presence.  HE will prepare us and keep us safe in these last days. We recently wrote about being “Cloaked from the Enemy,” and “An Antidote to Terrorism.” When we believe in Jesus, God’s only begotten Son, (John 3:16) we have a place of refuge IN HIM.  “God is our refuge and strength, a very present help in trouble.” (Psalm 46:1)
The LORD spoke these words a while ago, but they are pertinent today.  We can rest in true safety and security under His wings. (Psalm 91)  Jesus has bequeathed us His Shalom peace (John 14:27) and all we need to do is avail ourselves of it.  Seek the Lord’s presence and receive His promises daily!

In His Garden
“Seek to come away with Me in My garden.  Away from the worldly lusts and desires.  Away from the busyness of daily life.  It is only in My garden that I can train you to do My perfect will.  Come see the grapes as they are growing, maturing.  It takes time for the fruit to be ripe.  Not all the grapes mature at the same time.  It takes patience to tend the vineyard…..  Follow Me into My garden.  Let the Holy Spirit take you into the river of My love.  Cross your Jordan daily and follow Me.  Be yoked to Me in everything.  My yoke is easy and My burden is light.  Learn from Me daily.  Only I can give you rest. When you allow the Holy Spirit to take you into the river, then you will be insulated from the pressures and pleasures of the world.  My Father’s great shaking will not affect you.  Anything not of Him will not remain…..I rejoice over My people when they seek Me in My garden….My Beloved comes daily with an open heart for Me.  No questions, no burdens, only the desire to worship and be with Me and the Father.”  (Received by Joanne)

Email ThisBlogThis!Share to TwitterShare to FacebookShare to Pinterest
Labels: hearing God, heaven, word from the Lord

Congratulations to David of Virginia for winning the drawing to receive a copy of Rapture Ready...Or Not? written by Terry James. Thank you to everyone who expressed interest in the book. If you have not yet read our book review, you may do so here:  Book Review
God bless!
~Sarah and Joanne 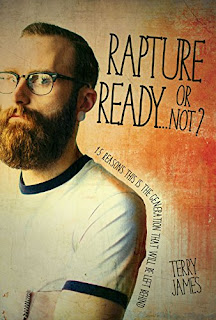 Psalm unto the Lord

I was accused falsely and You exonerated me.
I didn’t understand the words spoken or the actions taken,
But You, Lord, gave me TRUTH, held my heart in yours,
And continue to do so.

I sought You, Lord, and I found My True Love.
I left all the world had to offer to know You,
And I want more – more of You, Lord.
You, alone are my life…
In You, I live and breathe and have my being.

You showed me the Father’s heart, the chambers of His Love.
You, the Father, and me, joined by Love, with the Holy Spirit at my side…
The four chambers of His heart.
Abba’s love poured out to me through you, Lord, His son.

I thank you, Lord, for who You are –
The Beginning and the End,
The Lord on High, King of Kings, and Lord of Lords.

You are my joy, and Your joy is my strength.
I love you, Lord, Yeshua, My King!
Thank you, Lord Jesus, for preparing me as Your Bride. 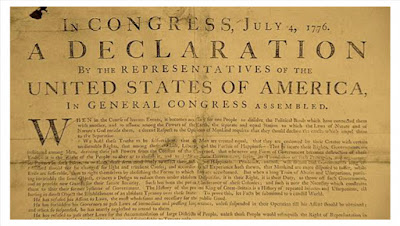 On June 23rd, 2016, the same British who colonized America many years earlier, chose to forge their own independence from the European Union. Like the colonists before them, they too grew weary of being subjected to rules and regulation which they felt they could not control. The British Brexit will live on in infamy. 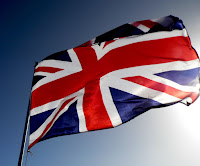 People in countries around the world long to be independent of controlling leadership. Perhaps that is because in our genetic make-up lies the innate desire to govern ourselves especially when we can do so with our free-will relationship with God intact.

Interestingly, when Jesus lived on the earth, He resided in a land under the imperial rule of Rome. Many of the Jewish people at that time believed Jesus came to save them from the tyranny of the Roman Empire. They didn’t know that He came to save them as individuals from Satan’s tyranny.  Even as a young boy, Jesus knew He had to do what His Father gave Him to do…. He was dependent on His heavenly Father at all times. (Luke 2:49 NKJV) … “Why did you seek Me? Did you not know that I must be about My Father’s business?”

How are we to live in this world in different countries, with varying governments, rules, and regulations and yet be dependent on Christ?  If we are ‘in this world, but not of it’ as true Christians (with “Christ in you, the hope of glory” Col. 1:27), how can we be independent in our own right, and yet dependent on Jesus, our Savior and Heavenly Bridegroom?  It is because we are ‘different’!

Philippians 3:20 (AMP)
20 But [we are different, because] our citizenship is in heaven. And from there we eagerly await [the coming of] the Savior, the Lord Jesus Christ;

In order to live in this world, we must follow the laws of the land, while keeping our hearts and thoughts on God’s kingdom.  Jesus spoke clearly about this in Matthew 6:25-33.  We do not need to worry about our life, what we will eat or drink, or what we will wear…. For our heavenly Father will supply all our need “according to His riches in glory by Christ Jesus.” (Philippians 4:19 NKJV)

Can we be dependent on God for everything that pertains to our lives? Yes! When we acknowledge the Lord Jesus Christ as our Savior, and seek to know Him, we will receive His grace and peace multiplied to us in every area of our lives.

2 Peter 1:2-3 (ESV)
May grace and peace be multiplied to you in the knowledge of God and of Jesus our Lord.3 His divine power has granted to us all things that pertain to life and godliness, through the knowledge of him who called us to his own glory and excellence…

We can be independent in our own right, and yet dependent on Jesus.  We can choose daily to walk according to the Word of God in the scriptures and not be swayed by the winds of political correctness that change like the winds on the ocean.  We can be fruitful in every area of our lives and glorify God even if our neighbors do not agree or understand us.  Jesus said that ‘without Him we can do nothing.’ Jesus showed us how He lived being dependent on His Father and how His life glorified the Father in heaven.

So let’s declare our DEPENDENCE on CHRIST today!  Let’s abide (stay, remain, live, dwell) in Jesus each day and follow His example of ‘a life obedient to the will of God.’ We will produce much fruit to the glory of the Father in heaven.