What in the World? … the Heavens Declare the Glory of God 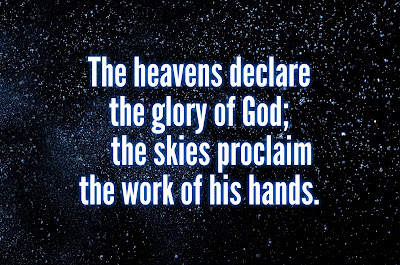 Many have heard before that God (Elohim) has written His story in the stars. But, do we know what that actually means? The reason we ask, is because there is a great divide within the church right now. We would like to clarify this subject as best as we can, based on scriptures and revelation from our Lord, Jesus Christ. We can see that in camp #1, there are some Christians (we believe they are the minority) who understand that the constellations tell the story of Jesus Christ: from His birth to His glorious return as the Lion of the Tribe of Judah. In camp #2, there are Christians who believe that anything to do with the interpretation of the constellations is nothing more that pagan astrology.  And, in camp #3, there are Christians who have never even heard of signs in the heavens. Wow! What an expanse of disparaging beliefs! Never the less, confusion abounds and it is with sincere love toward our brethren and in humble submission to the Holy Spirit, that we will attempt to bring light upon this topic. Therefore, our request is that we all look at the scriptures again, with open minds, and with the desire to know Jesus more than the desire to be aligned with certain church denominations or doctrine.

The scriptures clearly tell us that the heavens (the planets / stars) tell a story:

Psalm 19:1-6 (AMP)
The heavens are telling of the glory of God;
And the expanse [of heaven] is declaring the work of His hands.
Day after day pours forth speech,
And night after night reveals knowledge.
There is no speech, nor are there [spoken] words [from the stars];
Their voice is not heard.
Yet their voice [in quiet evidence] has gone out through all the earth,
Their words to the end of the world.
In them and in the heavens, He has made a tent for the sun,
Which is as a bridegroom coming out of his chamber;
It rejoices as a strong man to run his course.
The sun’s rising is from one end of the heavens,
And its circuit to the other end of them;
And there is nothing hidden from its heat.

The constellations are set in order, so that the story of Jesus Christ is portrayed:
Virgo: the seed of the woman, a child born; Libra: the price paid (the balance); Scorpio: the violent conflict; Sagittarius: the conqueror returns; Capricorn: the slain goat for atonement; Aquarius: the blessing poured out for redemption; Pisces: the blessed and bound redeemed; Aries: the lamb slain but victorious; Taurus: the Messiah coming to rule; Gemini: the Messiah reigns as Prince (dual nature of King Jesus); Cancer: the sheep fold/ possessions held fast; Leo: the triumphant King implements the final destruction of the adversary (satan).

(Notes taken from “It is Written in the Heavens, How to Read and Interpret the Word of God Written in the Stars,” by Dale M. Sides, www.lmci.org
[more references: Bullinger, E. W. Witness of the Stars, 1893, 1975; Seiss, Joseph. Gospel of the Stars, 1882, 1972.; Sides, Dale M. Christological Astronomy, 2011, Liberating Ministries for Christ International, Inc.]

Why in the world are we mentioning this?  The recent total solar eclipse crossing from the NW to the SE of the United States was both highly publicized and watched. There is another sign in the heavens that will be visible on September 23, 2017.  Many are exclaiming that this sign is the same one written about in:
Revelation 12:1-5 (NKJV)
Now a great sign appeared in heaven: a woman clothed with the sun, with the moon under her feet, and on her head a garland of twelve stars. Then being with child, she cried out in labor and in pain to give birth. And another sign appeared in heaven: behold, a great, fiery red dragon having seven heads and ten horns, and seven diadems on his heads. His tail drew a third of the stars of heaven and threw them to the earth. And the dragon stood before the woman who was ready to give birth, to devour her Child as soon as it was born. She bore a male Child who was to rule all nations with a rod of iron. And her Child was caught up to God and His throne.

There are many teachings about what is now being called the Rev 12 Sign on YouTube. Some are very good in explaining this phenomenon and others have left us scratching our heads. Needless to say, we have sifted through many of these teachings. We offer a teaching here, that although it is not the most in-depth in our opinion, it is quite easy to understand. It can be viewed at: Rev 12 Sign

We are not necessarily looking for a sign, but when we travel, road and map signs are very important in order to get to our desired destination without delays or mishaps.  (There are many stories of folks ‘blindly’ following the directions of their GPS only to be faced with a dead end or worse!)  Isn’t it a good feeling to see that “last sign” before arriving at a vacation spot? What about the ‘signs of the times’?  Can we know the times and what to do about them? What is so important about the heavens telling the story of Jesus?  Will Jesus be coming for the Church (His Bride) soon? Will Jesus come to the earth again, stand on the Mount of Olives, and set up His 1,000-year Kingdom?  The Word of God reveals Jesus Christ from Genesis to Revelation.  We believe these things are true.

Also, according to Daniel 9, the 70th week called Jacob’s Trouble, still hasn’t come to pass for Israel.  There are many wars, and rumors of wars concerning Israel (the Promised Land).  Since we as believers are ‘grafted into the vine’ which is Israel, (see Romans 9-11) then we should be ‘looking’ at the events surrounding Jerusalem.  After all, that will be the future site of Jesus Christ’s throne.  Of course, He is currently seated at the right hand of the throne of God in heaven. (Hebrews 12:2)

Let’s get back to the Revelation 12 sign in the heavens this September 23rd. The date is quickly approaching and we honestly do not know what may or may not happen on this day. But, we do believe that the sign will at the very least serve as a marker in our collective history. This earth will not go on in its present form forever. That is a truth that we can take to the bank. Someday, Jesus will return.
The truth about this mystery of the “catching away” of the Church (Greek: harpazo; Latin: rapturo) is found in scripture.

1 Thessalonians 4:16-18 (KJV)
For the Lord himself shall descend from heaven with a shout, with the voice of the archangel, and with the trump of God: and the dead in Christ shall rise first:
Then we which are alive and remain shall be caught up together with them in the clouds, to meet the Lord in the air: and so shall we ever be with the Lord.
Wherefore comfort one another with these words.

1 Corinthians 15:51-52 (TLB)
But I am telling you this strange and wonderful secret: we shall not all die, but we shall all be given new bodies! It will all happen in a moment, in the twinkling of an eye, when the last trumpet is blown. For there will be a trumpet blast from the sky, and all the Christians who have died will suddenly become alive, with new bodies that will never, never die; and then we who are still alive shall suddenly have new bodies, too.

What a promise! The final redemption of our bodies will happen in an instant!  We have the blessed hope of Christ’s return for His Bride and can watch with joyous anticipation.  (Titus 2:13)

1 Thessalonians 5:9-11 (AMPC)
For God has not appointed us to [incur His] wrath [He did not select us to condemn us], but [that we might] obtain [His] salvation through our Lord Jesus Christ (the Messiah). Who died for us so that whether we are still alive or are dead [at Christ’s appearing], we might live together with Him and share His life.
Therefore encourage (admonish, exhort) one another and edify (strengthen and build up) one another, just as you are doing.