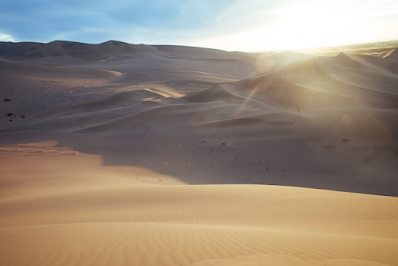 If you find my title a little alarming, that is perfectly understandable. It is meant to be. Our nation is in the middle of what most certainly appears to be a political coup the likes we have never before witnessed.... and we have witnessed a great deal! Grand scale election fraud is threatening our Republic for the first time in these United States. My purpose here is not to prove to you the validity of the corruption taking place. Because the mainstream media are colluding with the potential usurpers in this corruption, you will absolutely need to approach this issue with an open mind and an unspiteful heart.

So, to paint a clear picture of what is happening let us go back to election night, November 3rd. I will confess, I did not watch much of the coverage of the election unfolding on TV. I had a feeling early on that the Leftists media machine would be ungracious and I do not enjoy smug sensationalism. I did receive a continuous flow of text messages from three of my sons’ who were glued to the election results process. I learned that the “Fair and Balanced” Fox News channel called certain states for Biden long before votes were fully counted. Later, I learned that states that were clearly favoring Trump suddenly turned Blue. We can now surmise that is when the fake ballots began to be dumped into the election results. As I stated earlier, I am not going to delve into all the newly emerging evidence. I believe it will all be revealed in time. Mark 4:22  "For there is nothing hidden which will not be revealed, nor has anything been kept secret but that it should come to light."

The scenario I laid out if accurate, (and I believe it is) is what we all should be able to grasp as an attempted political coup. Cheekiness aside, political coups are very serious business. We are living it right now. Today. So, what do we do? How do we react? First of all, I am sure many of you are feeling fearful and betrayed. You probably feel persecuted as well. Have you been treated unkindly for your belief that the media is lying to us? In the face of governmental (or relationship) betrayal we can, as always, look to Jesus for comfort.

"Blessed are those who are persecuted because of righteousness, for theirs is the kingdom of heaven.  Blessed are you when people insult you, persecute you and falsely say all kinds of evil against you because of me.  Rejoice and be glad, because great is your reward in heaven, for in the same way they persecuted the prophets who were before you."

Feeling persecuted can make you anxious and grumpy! It can make you forget that God is love and even though you may be in a situation where the truth is extremely unpopular, it is an act of kindness to help those who are deceived receive freedom. Jesus went on to compare His followers to salt and light:

Matthew 13-16 "You are the salt of the earth. But if the salt loses its saltiness, how can it be made salty again? It is no longer good for anything, except to be thrown out and trampled underfoot. You are the light of the world. A town built on a hill cannot be hidden. Neither do people light a lamp and put it under a bowl. Instead, they put it on its stand, and it gives light to everyone in the house.  In the same way, let your light shine before others, that they may see your good deeds and glorify your Father in heaven."

So, now we have a directive on how to proceed during this time of political corruption. We are to be salt and light. Salt is a substance that cleanses and preserves. It stings when applied to an open wound. To be the type of salt Jesus wants us to be in a dark world means telling the truth from a biblical view and not from a worldly view. Sometimes (well, actually often) biblical truths are not popular. Therefore, they are often not accepted. For those who desire a government that is based on unbiblical concepts such as atheism, infanticide, secularism…… the list goes on, the truths being shared with them from a Godly point of view will not be welcomed. But it is still our responsibility to share them. To be the light in this dark world means to share God’s good news in love. The persecution comes when others, especially friends and family, ridicule and harass you for pointing out the darkness of the political party they have chosen to align themselves with. It is probably best to take “party lines” out of the equation and ask others if they believe in justice and rule of law.

A perfect example of a man who was able to share biblical truth in peace and compassion was Martin Luther King Jr. His ideas were not popular to many in the establishment or the general population at the time but, nevertheless, his beliefs were based on biblical principals of equality of humans as creations of God.

Sadly, for some Christ-followers being salt and light means unconditional surrender to governmental authority regardless of the world views of those in leadership positions. Many have adopted the belief that Paul, in Romans 13, is instructing believers to obey the government regardless. Is that really true? Are believers expected to submit to leaders in authority at all times? Should American patriots during the time of the Revolution submitted to King George III instead of defying him? During WWII, scores of Christians defied the German, Nazi regime by aiding Jews. Clearly, they were in opposition to the government yet they did it anyway. I do not believe there is a cut and dry answer to the question of government authority and Christian compliance. Surely we are to be respectful and cooperative when our biblical values are not being challenged. But what about when we are being asked (or forced) to go against what God through His scriptures, requires of us? Martin Luther King Jr. knew that the scriptures require humans to be treated with equality and fairness regardless of skin color because God’s Word declares we are ALL created in His image. Early American patriots knew that British rule was oppressive and corrupt. Had they not stood on the word of God that we are meant to live in liberty, we would not be here today.

Galatians 5:1 Stand fast therefore in the liberty by which Christ has made us free, and do not be entangled again with a yoke of bondage. Also, Leviticus 25:10 …proclaim liberty throughout all the land to all its inhabitants….

Those early Americans relied heavily on prayer and God’s Word to stand against British rule. No, they didn’t always get it right and we won’t either but  if we heed what Scripture teaches us and our predecessors lead, we do have a principle upon which to stand. If followed, we can know how to be salt and light in the middle of this present day of darkness and dishonesty.