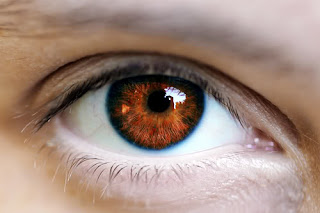 The sense of sight should seem pretty straight forward, correct? However, have you considered that there is more than one way to see? We are going to be sharing with you about seeing God. We offer this as a message of Hope in an increasingly dark world. First, we can see with our physical eyes. I ‘see’ the computer screen in front of me right now. We are also able to “see” God at work in our environment. Through certain circumstances, we can have the assurance of knowing God is with us and that He orchestrates the world around on our behalf when we choose to trust Him. In other words, we believe there are no coincidences.  However, there is another way in which we can see and that is with our mind’s eye through dreams and visions.  In this first segment of Seeing God, we will focus on seeing God at work in our midst.

We all know of situations in which the outcome has been favorable. We may attribute different reasons behind those outcomes. Some may attribute pure stimulus / response actions to everything that goes on around us. Others may add deeper mechanics of the human psyche but still consider our lives in this world to be simply a matter of chance. But, when you have chosen to believe the Lord, then your spiritual eyes open and His actions in this world become evident to you. Again, the process is quite simple….. just ask Him to reveal Himself to you and He will answer. In fact, God’s divine nature should be so clear to us that we really have no excuse to claim otherwise.

Romans 1:20 (CEB) Ever since the creation of the world, God’s invisible qualities—God’s eternal power and divine nature—have been clearly seen, because they are understood through the things God has made. So humans are without excuse.

Both Joanne and I have been blessed to know that we have “seen” God at work in our lives and we truly desire for you to have that knowledge of Him as well.
Following is a recent experience Joanne had of God at work in her life:

On Wednesday night, February 24, 2016 I was saved from the path of a tornado! 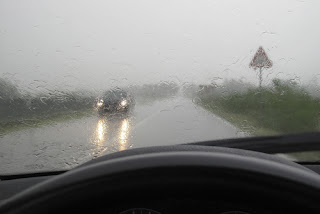 For some reason, I was delayed from leaving the ballet studio after teaching a class.  The weather apps on my phone sent alerts of severe lightning in the area.  It was raining quite heavily, and the roads were very dark.  After driving through a mountain pass, as the road levels off, I saw a line of vehicles coming from the other direction, stopped on the side of the road, and a large truck with emergency lights driving towards me! Somehow I maneuvered in a zig zag fashion around and over small tree limbs that were in front of me on the road. I thought "it looks like a tornado went through here" and slowly drove home. It was not until the next day, March 25 that a friend sent me an article that a tornado had touched down!
The National Weather Service in Binghamton, NY, has confirmed that an EF-1 tornado did in fact touch down in Wyalusing Township Wednesday night, Feb. 24 around 7:30 p.m. in the area of Homets Ferry... just where I saw the limbs in the road. If I had left on time, I would have been driving right where the tornado went through across the road, apparently uprooting a tree that had blocked the other lane. I give the LORD Jesus Christ all the glory for His protection as I abide under the shadow of the Almighty. 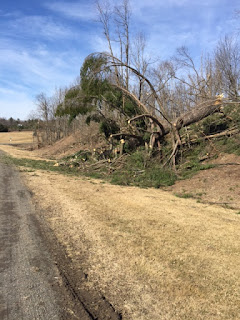 Joanne had been meditating on Psalm 91 and was confident that the LORD was her shelter in the midst of any storms in her life.  The Lord speaks to us from His Word and makes Himself known to us in our daily lives.  That is how we “see” Him at work.  Many of you may remember hearing stories from people who were saved on that fateful day now referred to as “9-11” (September 11, 2001). There were just too many ‘coincidences’ that kept people away from the Twin Towers or the Pentagon, or even during the attacks, when people were miraculously saved!

There is more than one way to “see God” in our lives, and in the next article, we will describe how we see the Lord through dreams and visions.  What can God say to us through dreams?  How do you know if a dream is from the Lord?  What about a vision?
Habakkuk 2:2-3 (NKJV)
Then the LORD answered me and said:
“Write the vision
And make it plain on tablets,
That he may run who reads it.
For the vision is yet for an appointed time;
But at the end it will speak, and it will not lie.
Though it tarries, wait for it;
Because it will surely come,
It will not tarry.
Daniel 1:17 (NKJV)
As for these four young men, God gave them knowledge and skill in all literature and wisdom; and Daniel had understanding in all visions and dreams.
Ezekiel 1:1 (AMP)
Now it came about [when I was] in my thirtieth year [of life], on the fifth day of the fourth month, while I was among the exiles beside the River Chebar [in Babylonia], the heavens were opened and I saw visions of God.
There is more than one way to ‘see’ and ‘know’ God.  The Lord does show us things that are ‘great and mighty which we do not know.” (Jeremiah 33:3)  All we need to do is get quiet before Him and ask.
~ Sarah and Joanne