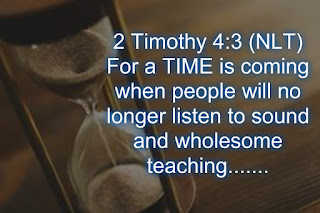 There is certainly a fascination with what many people consider The Good Old Days. Our society is ripe with nostalgic sentiment. There is a longing for a place and time of more simple pleasures and ease of life. There is a homesickness amongst many for the past and what it represents in the minds of those who want to return to a less complicated life. Original Twilight Zone fans will remember the episode of the tired, stressed out businessman who hates the pressures of his modern world and just wants to check-out of reality and escape to the idyllic town of Willoughby. That episode aired in 1960. Imagine how many more many people desire to escape the disorder of today! Facebook users are increasingly inundated with the “A Look Back” feature on their news-feed which displays photos and posts from up to as much as 5 years ago. There have been many times when I have sensed the longing in other’s comments regarding their glimpse into these posts especially when reminiscing about their children who have grown up far too fast. We all feel it, time keeps on ticking into the future.
What time is it today on God’s calendar?  Can we look at the news, political unrest, social issues changing almost daily and not have a ‘sense’ that things are rapidly changing and not for the better?  Is this the time spoken of in:

2 Timothy 4:3-4 (NLT)
For a time is coming when people will no longer listen to sound and wholesome teaching. They will follow their own desires and will look for teachers who will tell them whatever their itching ears want to hear. They will reject the truth and chase after myths.

From a Biblical perspective, the answer is “Yes!”  Can time be turned back? Or does it repeat itself?  Jesus said of a coming time when it would be like the depravity of Noah’s time. (Some of your bible translations may spell his name as Noe.)

Luke 17:26-27 (NKJV)
And as it was in the days of Noah, so it will be also in the days of the Son of Man: They ate, they drank, they married wives, they were given in marriage, until the day that Noah entered the ark, and the flood came and destroyed them all.

Noah’s generation was considered evil by God, and He decided to destroy both man and all of creation from the earth.

Genesis 6:5 (NIV)
The LORD saw how great the wickedness of the human race had become on the earth, and that every inclination of the thoughts of the human heart was only evil all the time.
Genesis 6:8-9 (AMPC)   But Noah found grace (favor) in the eyes of the Lord.
This is the history of the generations of Noah. Noah was a just and righteous man, blameless in his [evil] generation; Noah walked [in habitual fellowship] with God.

Noah found favor in the eyes of the Lord.  He was a righteous man who was blameless, whose blood line had not been tainted by the giants roaming the earth and terrorizing the population.  [The ‘giants’ in Gen. 6:4 (Hebr. Nephilim) were the progeny of the ‘sons of God’ (angels who left their former estate) and bore children with the daughters of men.] The fact of these part fallen angel/part human offspring is a truth that is not being taught in many churches around the world. The Nephilim were part of the lost antediluvian (pre-flood) world.

Genesis 6:4 (TLB)
In those days, and even afterwards, when the evil beings from the spirit world were sexually involved with human women, their children became giants, of whom so many legends are told.

Genesis 6:4 (AMP)
There were Nephilim (men of stature, notorious men) on the earth in those days—and also afterward—when the sons of God lived with the daughters of men, and they gave birth to their children…

But are these giants again roaming the earth? Have they perhaps reappeared in different form? Are the thoughts and inclinations of the human heart “only evil all the time”?  Who can determine if this is true?
These are questions we must ask in order to glean truth from Jesus’ earlier statement that in the last days it will be like it was in the days of Noah.

1 Chronicles 28:9 (NKJV) says: “…for the LORD searches all hearts and understands all the intent of the thoughts.”

What more do we need to understand in order to not only survive but also to thrive in these last days? Please follow along as continue to explore the “time” in which we are now living from Jesus’ revelations to us through His Word.
We are now the “righteousness of God, through faith in Jesus Christ, to all and on all who believe”.  (Romans 3:22 NKJV)  We can find favor (grace) with God because of our faith in His Son.

Can we turn back time?  NO.  What then, can we do in this present time in order to remain “strong in the Lord and in the power of His might? (Ephesians 6:10)
We can “grow in the grace and knowledge of our Lord and Savior Jesus Christ.”

(2 Peter 3:18 NKJV) and keep “looking for the blessed hope and glorious appearing of our great God and Savior Jesus Christ.” (Titus 2:13 NKJV)

To Him be the glory both now and forever. Amen.