What Did The Wise Men See In The Heavens? 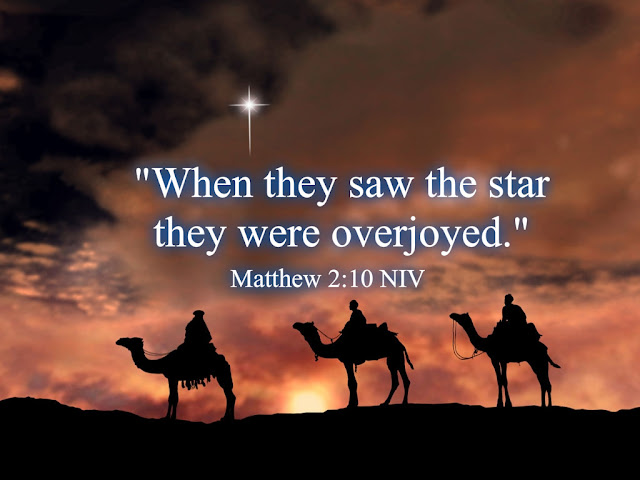 Matthew 2:10 (NIV)
When they saw the star, they were overjoyed.
Since the beginning of human history, people have been both fascinated and curious about the vast cosmos called the universe. There has always been a draw or a pull within humans to the massive unknown called “space”. Our current imaginations have created epic movies such as Star Wars and Star Trek. Our visions have put men on the moon and have created space stations and incredible satellite systems. Space continues to fascinate us, but contrary to what most of us have been taught, early man was not primitive in his understanding of the heavens. Unfortunately, the fall of man (through disobedience in the Garden of Eden) created a separation from God which allowed satan to set up his earthly kingdom of deception, confusion, and ignorance.
However, God placed a story about the true light of the world, Jesus, Our Redeemer, Who would be born of a Virgin (Virgo) and fulfill His earthly destiny: be crucified, buried, and resurrected, and return as a mighty King, the Lion of the Tribe of Judah (Leo).

So, what did the Wise Men (Magi) see? The astrologers at the time of Jesus were called Magi: They are mentioned in Matthew 2 as ‘Visitors from the East.’ The Magi understood the ancient text written in the stars.

Matthew 2:1-3 (ESV)
Now after Jesus was born in Bethlehem of Judea in the days of Herod the king, behold, wise men from the east came to Jerusalem,  saying, “Where is he who has been born king of the Jews? For we saw his star when it rose and have come to worship him.”  When Herod the king heard this, he was troubled, and all Jerusalem with him;

Herod was deeply disturbed because he had heard from the chief priests the story in the stars that foretold of a coming King. This “King of the Jews” threatened king Herod’s throne. The story written in scriptures is familiar to many people, especially now, when traditionally we celebrate the birth of Jesus Christ at Christmas.  His birth was the solution to the disobedience of Adam and Eve in the garden.

Genesis 3:1 (NKJV)
Now the serpent was more cunning than any beast of the field which the LORD God had made. And he said to the woman, “Has God indeed said, ‘You shall not eat of every tree of the garden’?”
“Has God indeed said…” is the same type of questioning that the tempter, satan, pressed Jesus with while He was in the wilderness. Jesus answered him each time saying, “It is written…”  The Word of God was written in the heavens from the beginning of time as “signs and seasons, and for days and years”. (Genesis 1:14) Satan’s wily deception of Eve in the Garden of Eden was met with his fate that is forever engraved in the stars.

Genesis 3:14-15 (AMP)
The LORD God said to the serpent,…..
“And I will put enmity (open hostility)
Between you and the woman,
And between your seed (offspring) and her Seed;
He shall [fatally] bruise your head,
And you shall [only] bruise His heel.”

It was always God’s intention that Jesus would come and dwell among us…. however, when He did, Jesus was among a rebellious creation…. one that would need to be turned back towards Him. God’s plan for man’s redemption was foretold in the heavenly Mazzaroth. Only a few could understand its story.  For the most part, the truth of this story has been lost to many people today. The heavens declare the glory of God and tell the story of Jesus Christ that is written in Genesis through Revelation.

This same story in the stars continues to speak… can we understand and know the meaning of their movements?  Can they tell our heavenly destiny with the Lord Jesus Christ? What do the constellations in the zodiac (Mazzaroth) declare? We will continue to expound upon this topic in our next blog….will you come and read the heavenly story with us?

Psalm 19:1-6 (NLT)
The heavens proclaim the glory of God.
The skies display his craftsmanship.
Day after day they continue to speak;
night after night they make him known.
They speak without a sound or word;
their voice is never heard.
Yet their message has gone throughout the earth,
and their words to all the world.
God has made a home in the heavens for the sun.
It bursts forth like a radiant bridegroom after his wedding.
It rejoices like a great athlete eager to run the race.
The sun rises at one end of the heavens
and follows its course to the other end.
Nothing can hide from its heat.

Thankfully, God never leaves us or forsakes us and He always has a few people to whom He teaches great mysteries. Please continue to follow this story. We will resume this discussion of the Magi and the Mazzaroth along with useful information which will link you to modern day Magi.  They can offer you the tools to learn of your own destiny in Jesus through accessing your personal Christological Profiles.

Excerpt from our next article………….. The magi were wise men who studied astronomy with great precision. We have learned that when it comes to understanding who we are in Christ, we have a foe who continuously works to deceive us. The biblical wise men or Magi were true astronomers who held the mysteries of God in their understanding. No doubt there were people envious of their knowledge and sought to claim their wisdom as their own. But, because these people did not know the One true God, they were ripe to be used by satan to confuse their fellow man. They were encouraged by the powers of darkness to twist and pervert the true meaning of astronomy into a warped version which we know today as astrology.